When you book your spacious room or suite at Park Terrace Hotel, be sure to carve out some time during your stay to see the best Broadway Shows in 2023. The plays and musicals opening on Broadway in New York City this year feature an enticing mix of new works, bold revivals, and clever adaptations. If you’ve come to the city with your sights set on attending a famous Broadway musical, you’ll have plenty of opportunities to see long-running hits. Check out our list of the top Broadway Shows for 2023:

Take flight with Elphaba and Glinda in this reimagining of life before Dorothy dropped into Oz. Wicked was an instant classic and continues to delight audiences with its sumptuous songs and fantastical costumes.

Even though getting tickets to Hamilton is possible now, this show continues to pack the theater, and makes an especially good choice for introducing middle grades and high schoolers to the Broadway world.

Disney’s perennial favorite The Lion King has roared triumphantly on Broadway since 1997. A great family show, this musical has it all: toe-tapping songs, breathtaking effects, and award-winning costumes.

THE BOOK OF MORMON

Outrageously irreverent, The Book of Mormon is still considered to be one of the funniest Broadway musicals of all time. Beware: This show is not suitable for children, and may not even be suitable for some adults.

THE PHANTOM OF THE OPERA

The longest running show in Broadway history says goodbye in 2023 after a spectacular 35-year run. The Phantom of the Opera takes its final bow on Friday, April 15, 2023, so get your tickets while you still can. SHOWS OPENING ON BROADWAY IN 2023

Andrew Lloyd Webber is back with this different take on the Cinderella story. Bad Cinderella opens Feb. 17 at the Imperial Theatre.

Grammy winner Josh Groban stars as the murderous barber with Tony winner Annaleigh Ashford as his pie-making partner in this revival of the Stephen Sondheim hit. Previews are already selling out, and the show opens March 26 at the Lunt-Fontanne Theatre. NOTE: This musical is not kid-friendly.

This eye-popping revival of Bob Fosse’s landmark show Dancin’ returns to Broadway for the first time since its 1978 premier. The show opens at The Music Box Theatre on March 19, with previews starting March 2. Get tickets early. This show is recommended for ages 12+.

A couple postpones their wedding to help their small country town, and a host of corn-fed shenanigans ensues. This new musical comedy features a score by beloved Nashville superstar Brandy Clark and book by Tootsie writer Robert Horn. Shucked is a down-home show with previews starting March 8 at the Nederlander Theatre.

The Lerner and Loewe classic musical about King Arthur and the Knights of the Round Table gets an updated book from Oscar-winner Aaron Sorkin. Previews for Camelot start March 8 at the Lincoln Center Theatre.

The mystical, riveting story of Pi, his four animals, and their epic journey at sea becomes a Broadway spectacular in 2023. Previews for Life of Pi start March 9 at the Schoenfeld Theatre. Recommended for ages 8+.

These hot shows will light up Broadway in the spring, summer, and fall. Check the theater websites for ticket on-sale announcements, information, and availability. 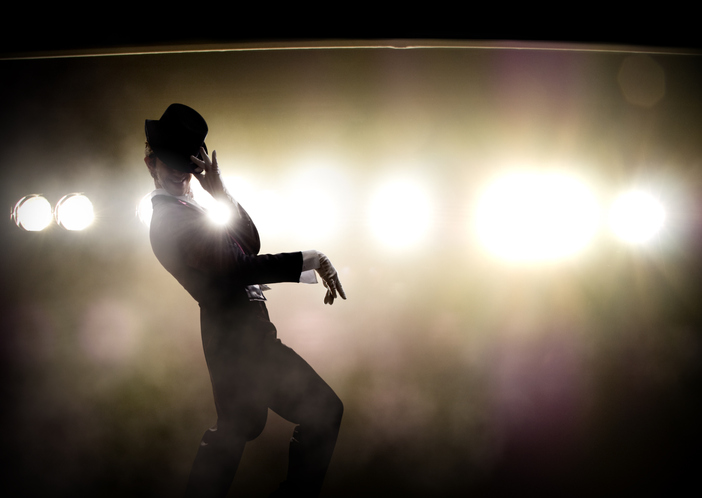 5 TIPS FOR ATTENDING A BROADWAY SHOW IN NYC

While you’re enjoying your luxurious stay at Park Terrace Hotel overlooking Bryant Park, you’ll want to make the most of your NYC experience. For most visitors, that includes attending a Broadway show. Take advantage of our special offers to secure your Park Terrace room in our Midtown location. You’ll be amid the bustling Manhattan Theater District once you step out of the lobby door. Or, venture a few blocks away to discover emerging productions and aspiring stars Off-Broadway. If you’re uncertain about theater etiquette and other details, follow these five tips for attending a Broadway show in NYC:

1) HOW TO GET TICKETS TO A BROADWAY SHOW

First, the good news: You’ll always be able to get theater tickets. After all, there are hundreds of productions taking place every night all over town. The not-so-good news is that tickets for long-running or popular shows can be hard to come by or come at a cost. But, they’re still out there!

Purchasing tickets weeks or months in advance directly from the show’s theater website is your best bet. Note that if you buy NYC theater tickets from third party sites online, you might be falling for a scam or grossly overpaying for your seats. New Yorkers buy straight from the theater box office, online or in person, and so should you. Mid-week shows often have more availability than weekend runs, so if you’re in town during the week, it’s a great time to catch a show you’ve been wanting to see. If that’s not an option, stop by a TKTS Discount Booth for last-minute, day-of offerings, which are often surprisingly plentiful and deeply discounted, even for weekend shows.

2) WHAT TO WEAR TO A BROADWAY SHOW OR PLAY

The Broadway show dress code is that there is no Broadway show dress code. During the summer months, it’s common to see people in shorts and T-shirts (but no flip-flops, please), and even jeans pass as perfectly suitable attire for an evening show. Comfort is an important factor, especially if you’ll be standing in line or watching from standing-room seats. Be sure to wear shoes that won’t hurt your feet!

Wherever you plan to dine pre- or post-show may also influence what you decide to wear, as some of the finer NYC restaurants require jackets or more formal attire. Note that real New Yorkers still “dress for the theater,” so while three-piece-suits, pocket squares, and evening dresses may not be the norm, you’ll still see local theatergoers dressed to impress on show nights. If you want to step out in style, New York will appreciate it.

3) WHAT TO DO BEFORE A BROADWAY SHOW

One of the best parts of the New York theater experience is the pre-show meal, and the options in Midtown around the Park Terrace Hotel are bountiful. Check out Restaurant Row on West 46th Street between Eighth and Ninth Avenues. You’ll find fine dining with international cuisines prepared by top chefs as well as local taverns, burger bars, and hip sushi restaurants. The Terrazzo Lounge in the Park Terrace Hotel is also a top choice for pre-dinner and post-show cocktails. Pro tip: When you call to make your dining reservation, let them know your curtain time. They will make sure you make it to your show.

Some New Yorkers and visiting Broadway patrons prefer after-theater dining in NYC, which creates the perfect opportunity to relax over a delicious meal, a few cocktails, and discuss the show. Try one of these iconic New York City Restaurants.

4) HOW TO GET AN AUTOGRAPH FROM A BROADWAY STAR

The stars are always out on Broadway, and if you want an autograph from your favorite performer, waiting by the stage door with your Playbill and a Sharpie in hand is the accepted New York tradition. Another option is to plan your post-theater dinner at Joe Allen on Restaurant Row. Many performers have been known to stop by this NYC landmark for a bite to eat post-show.

5) WHERE TO STAY FOR A BROADWAY SHOW

The Park Terrace Hotel, nestled just across the street from Bryant Park, satisfies guests with modern amenities, luxurious accommodations, and panoramic views of NYC. Our Midtown Manhattan location is less than a mile from NYC’s Theater District and Broadway Theater. Guests can meander through the streets of New York on the way to their Broadway Show, or take a quick subway ride to their destination.

Is it okay to wear jeans to a Broadway show?

Yes, jeans are acceptable attire for a Broadway show.

Are backpacks allowed in a Broadway show?

Whether a backpack is allowed in a Broadway show depends on the theater’s bag policy. Check with the theater prior to your show to see if you can bring your backpack. Bag policies are often spelled out on the theater’s website.

What are the best Broadway shows to see?

The best Broadway shows tend to win Tony Awards, so if you’re not sure what to see, that’s a good place to start. Many theatergoers consider long-running Broadway shows to be the best, so you might want to get tickets for showstoppers like Wicked, Hamilton, Phantom of the Opera, and The Lion King.

How long are Broadway shows?

Broadway shows typically run from 1.5 to 2 hours, although some are longer. The Broadway League publishes run times.

3 Tips For Planning A Trip To New York City

Drink In The NYC Cityscape From Our Bryant Park Hotel